All my cheese entries are now over at my website: Gordonzola Dot Net. If you're an LJer there is a feed set up you can subscribe to here:

gordon_edgar. See you there! If you are more into facebook, you can follow my cheese entries here.

Oh, and if you're looking for my book, It's available here 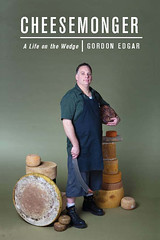 Yeah, this is too much. I'll be over on Dreamwidth, same user name. I haven't posted much lately but I do read. I've actually still been using the RSS feed as an aggregator here but less and less of those sites 1. exist and 2. are continuing to work.

I see that there is going to be a 33 1/3 for Young Marble Giants “Colossal Youth” album. I love this album but don't know if I want to read this book. The minimalist mystery of this album is what always intrigued me. When I first heard it, I just couldn't understand where it came from or how it existed. I hear it now and even though its filled with anachronisms in detail and a societal outlook that is hard to explain to anyone born after 1980, I still love it.

Sometimes art needs an explanation, to put it in context, to understand how it came about or how it was a stepping stone to something else. But I prefer this album how I found it, obscure and open-ended. I’m not trying to sound like an old man but the fact that I think most of us teen Americans who heard Young Marble Giants in the ‘80s, first heard them as a song in a mix tape or from than one haunting song on the classic Rough Trade comp “Wanna Buy a Bridge?” Additionally most of us heard them after they broke up, when early punk was become hardcore in the USA, when our music was becoming faster, louder, shorter and more dude-centric.

Kind of the opposite of this:


Young Marble Giants influenced many of the bands I loved in the late ‘80s/early ‘90s but when I first heard them – in the early mid ‘80s -- they sounded like they were from another world. Even more than the non-generic bands that I listened to at the time (Flipper, Arkansaw Man, The Residents… later Tragic Mulatto etc.) I didn’t get them, but I always wanted more. I didn’t really get the subtle differences in English punk/post-punk/new wave etc, but I’ve always liked a good art band. One of any art band’s greatest assets though, is not giving up their influences… to sound like they just came into your head from somewhere where you not only had never been, but a place you couldn’t find on your own.

“Colossal Youth” is haunting, sparse, hinting, political but non-dogmatic, emotional, oddly affecting, and catchy. Somehow it manages to be somehow familiar yet inexplicable at the same time. I love quoting the Big Boys song “Fun, Fun, Fun” at this point of music entries to show how limited the expectation of range punks had in the ‘80s: “I’m a punk and I like Sham./Cockney Rejects are the world’s greatest band./ But I like Joy Division, Public Image too/even though that’s not what I’m supposed to do.” Young Marble Giants were even more outside that realm. Still their songs made it on to mix tapes and were listened to in quieter moments.

“Colossal Youth” is simply one of my favorite records of the whole post-punk era:

(You know, I never was a Hole fan so I didn’t realize until right now that they did a cover of “Credit in the Straight World,” -- my anthem of the last month -- that, imho, really missed the whole point. )

We saw two documentaries yesterday, both unsatisfying for different reasons.


I still don’t get it. The creator of the edition of “My Little Pony” that seems to have started this craze says something very smart. Basically that boys being ridiculed for liking something that is aimed at little girls devalues all girls and that the Brony world is super positive in fighting this societal problem. I am totally with her there. A documentary working this theme could have been awesome.

Instead we get a mostly unimaginative documentary following a bunch of Bronies – many of whom seem on the spectrum – that doesn’t really go anywhere. There’s a bit of bait and switch: adult male Bronies are talked about but not really examined.

So many questions that could be asked: “Is this just simple, unremarkablke escapism?” “Is this part of the trend that sees so many adults reading y/a instead of other novels or even genre fiction?” “What is Hasbro’s role in all this?” “Is there something about MLP that attracts people with Asbergers?” “Didn’t this whole thing start on 4Chan?”

But hey, during the credits I realized that this is a Kickstartered documentary with – as far as I can tell – no theatrical release and no professional reviews so I’ve probably spent enough time thinking about it already.

If you want more, this is a pretty good feminist blog review here.

We also watched “The Institute” which, I have to say, I knew nothing about despite the fact it was centered around Bay Area artists. Starting with absurdist flyers put up on poles around town, this secret art project was part RPG, part self-help group, part social experiment. I am not necesairly the intended audience. I am aging out of these demographics for hip art, but I saw some of these flyers around town and I thought they were dumb, not intriguing.

I am a huge fan of fake flyers and political art projects. The anarchist fake campaign that “ran” a particularly authoritarian sectarian for Sheriff? Hillarious. The fake “Legalize PCP” rally mocking pot smoke-ins (“as safe as blue-green algae”)? Funny? Official looking advertisements that weren’t? Awesome. These though, just seemed de-politicized and boring. The blunt-knife mocking of self-help gurus? A little more timely in the ‘80s than the ‘10s and I never thought about pulling the tab and calling the number.

Don’t get me wrong though. I enjoyed the movie.

It’s certainly well done and – at times – though-provoking but in the end I just kept thinking, “I can’t believe how much time and money went into this.” That, to me, is a sign that the art didn’t work, at least as documentary. Also, I was left feeling punished by my buy-in, which leads me to question the point of this piece as a work of interactive, experimental art. Perhaps it was different for actual participants (if there were actual participants) who had time and physical experiences to reflect upon. In the shorter time frame of a movie, instead of having enough time to soak in the wonderment of the alternative societal vision -- and exchange cynicism for exploration, the more heavy-handed aspects of scripted actors made me feel like the message was less "open yourself up to the possibility of a better or different world" then, "You should have been more guarded and closed yourself off more."

The first half of this movie intrigued me but the more “interviewees” that were clearly actors, the less involved I became. In the end—it’s hard to understand how much – both documented here, and in the documunentary itself – is “real” or “fake”. Which is, I guess, the point. This documentary turns documentary against itself, making you question whether, actually, this entire thing is just fiction.


Also, here’s a review. You know a reviewer is in trouble when they hedge their bets with an I-don’t-get-it-but-I-think-the-kids-will ending.

Also, this Rumpus review is actually a much more interesting take than what I've written, written by someone who participated and then watched the documentary.

Some of you may remember that I was systematically going through my 7" records, listening to them, and reviewing them. This is -- to me -- one of the most fun LJ practices: an ongoing project done for fun that --theoretically -- some other folks may enjoy reading about. Maybe it's a throwback to zines, but those are always my favorite type of entries.

Life circumstances made me abandon it. It's not worth mourning, it wasn't really that important, but I thought I would acknowledge it for the one or two of you who cared.

What I was trying to get at with those entries, besides cleaning out my record collection of junk I hadn't listened to for a decade, was the meaning of an ephemeral and outdated technology. The 7" in the punk world was very different from the 7" of the early '70s. It was the mark of being DIY and low budget instead of generating a secondary revenue stream. There was/is something so immediate and communal about the punk 7''. Often bought at a show, they bring back memories of time and place with more pinpoint precision than longer albums. Even the artwork is often more, well, arty.

For years I have wanted to have a "semi-soft 7 inch" party where I served semi-soft cheeses and played 7" records. But honestly, it's not super workable. I find the user un-friendliness of the 7" format -- getting up to change the record every 2-5 minutes -- endearing and even lovable, but still annoying.

I thought about proposing a 33 1/3 book at one point called something like "My 7" collection" but I don't think it would ever be accepted and, honestly, the more I read those 33 1/3 books the less I like them. And also, in this new world of immediate accessibility and obsession fulfillment, it feels good to speak softly about certain things I love.

As I was writing this I grabbed an old record at random. It's amazing how certain things are undisputed classics among a certain subset, and unknown outside that circle. Time and place, time and place. This is Led Zeppelin to me. (even if at the time I thought the beginning was a Jim Carroll "People Who Died" rip-off.)

2. “Top Chef” is anticlimactic year after year. Still fun to watch, but the announcement of the winner is beside the point.

3. There is really nothing one can say about this interview with Chris Brown about CRASS.


5. Points 3 and 4 above might be evidence that punk really is dead this time. Or is just a slightly more lively equivalent of rockabilly or the Society of Creative Anachronisms.

Some folks who are still active on LJ are trying a "friending frenzy" to try and resuscitate this place and clear out some of the tumbleweeds. If you are interested, check it out or start your own.

This has been a public service announcement for the 20-30 of you left out there.

In all its glory: 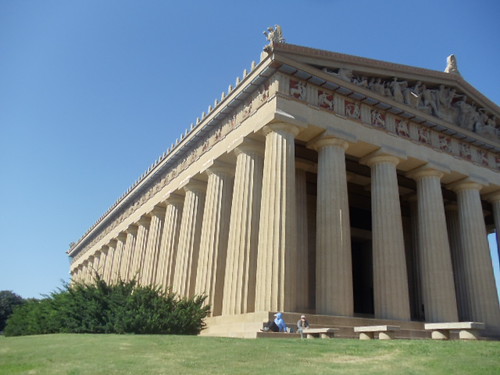 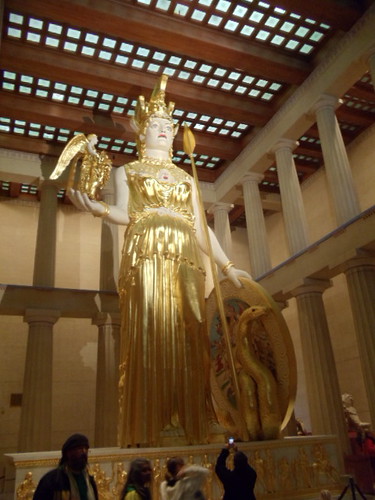 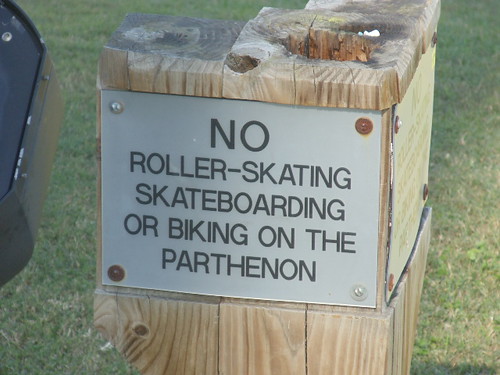 Even the punks loved him...